Cat walked across the mossy ground, her hair soaked in salt-water, her clothes so wet that she shivered all over. Her hands held tight the treasure she had given everything for.

That's all she managed to save.

Like hyenas in the night they came and laid fire to her forest. The forest she had planted for the library of the future.

The Norwegian government denied any involvement, of course. Soon, it wouldn't be Norwegian anyway. The Global Union swallowed governments and cultures one by one, all for the good of humanity.

The day this algorithm – World 5 – had predicted the next apocalyptic war, she knew that the world would never be the same. They took all measures necessary and unnecessary to prevent this war, justifying the Digital Revolution – the burning of books, the banishment of paper, the destruction of everything that had no screen.

That's what it was.

But she would not let them control her.

As soon as the first Outside Areas had formed in Scotland – her native country – she printed the two manuscripts and left Norway unceremoniously.

On a refugee boat.

This was last night. The night she had nearly died.

She was over sixty now. Gosh, had she grown old. She had hoped the Future Library Project would outlive her, giving art and knowledge to the generations to come. They would remember her name.

This hope was vain now. And still, even if her name died, she wanted these books to live. To remind the people of who they really were. To maybe spark a revolution she would not experience anymore.

This was the power of the written word.

Her body had nearly given up when the winds rose and threatened to swallow the tiny boat. Her long gray hair dripped from the water now, and she shivered while she walked across the deserts of the Scottish Highlands. She followed the abandoned road to the West, hoping to cross to the Isle of Lewis.

A figure crossed the road in front of her.

The cold wind echoed between the mountains when she stopped to watch closer. Her first reaction was panic. They managed to do it already, spread the virus of fear to the heart of the people.

She took a deep breath. As she stepped closer, she saw that it was a child. A boy of ten maybe, dark curls and striking blueish grey eyes.

The boy smiled at her. As if he knew her somehow. A stranger whom he had just met in the middle of nowhere. Probably a kid from the Outer Areas. But why wasn't he afraid?

“You should say sorry to your pa when you meet him. There's not much time.”

His words grabbed her by the throat. She had hoped her father was still alive. She had left home as a rebellious teenager and never looked back. Until now.

His eyes pierced her and she swallowed.

How did he know? She remembered a verse she had read in one of the books she held so close now.

„I say this, yet I knew it all before. All that shall be, foreseen and clearly known.“ An ancient legend. Prometheus Bound.

“How do you know, boy?” she whispered.

This is when she knew that the revolution would start with him. A boy with black curls in the deserted Scottish Highlands.
​
She stretched out a hand with a small book in a black leather cover. The title read: "Paradise Lost".

"It's yours,” she said “Would you take care of it for me? And one day, you'll need to go to Callanish to find out the rest.”

He took the book, stroking the leather with the palm of his hand.

Cate had entrusted her most precious treasure to a small boy. Her heart raced with questions and uncertainties. But maybe this fateful encounter was the start of something that would change the world one day.

Find out more in "Prometheus Rising", Part I of the Prometheus Dystopian Trilogy. 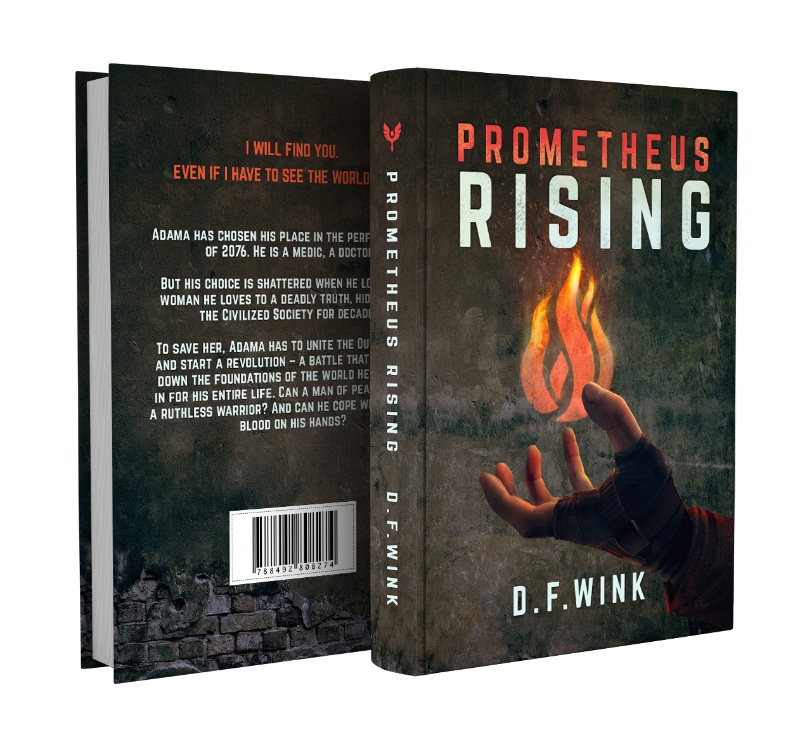